But Sex House doesn’t just get mileage from puncturing ideologies of sexuality. Its plot hinges on the deteriorating conditions of the house itself. Vents inexplicably shoot out hot air, scalding the cast. The only provided food, pumpernickel bread, turns into a toxic mold infestation, and the garbage is never taken away. The bosses have neglected to give their workers the basics to sustain life, let alone libido, and the cast turns confrontational, with Derek at the vanguard.

via Sex House and the Refusal to Fuck | Jacobin.

“Oh, go fuck yourself, Google. This is just as bad as companies forcing me to “like” something on Facebook before I can view whatever it is they want me to “like.”

Just let me thumbs up something, without forcing me to “upgrade” to G+, you dickheads.

The worst part of this? For a producer like me, I’m going to lose a crapton of potential upvotes for Tabletop, because the core of my audience is tech-savvy and may not want to “upgrade” to yet another fucking social network they don’t want or need.

Those upvotes are incredibly important to us, because we need them to earn another season of our show.

I’m even more grateful now than I was yesterday that we own the IP for Tabletop, because we can produce it ourselves, or crowdfund with Kickstarter, or something like that, if Google keeps doing things like this that will negatively affect how users can interact with us on YouTube.”

“Even before Facebook, it always seemed to me that Google’s search engine, for example, was an immensely important and valuable social utility, and one that’s too important to be left in the hands of a single private sector company. So my suggestion, only a bit joking, would be that we ought to nationalize Google and Facebook.

The “stuff” that flows through Facebook’s network—the shares, connections, messages, etc.—is a sort of currency, less like the electricity that you get from the power company and more like the money that’s exchanged between bank customers. An electric company actually creates electricity, but Facebook doesn’t create its content any more than banks create money. (Yes, I know, banks kind of do create money, just bear with my simplification for a moment.) So the paradigm we need is not necessarily a single regulated or nationalized social network, but a tightly regulated social networking system that allows people to communicate across multiple social network institutions.

And to turn this back around again, the way retail banking is currently structured may not even work very well for banking, much less as a model for social networking. As Ashwin Parameswaran has argued, there’s a good case for replacing federally-insured private banks with a public bank to take retail deposits, something like the postal banking system. So maybe we’re back to nationalizing Facebook after all. I certainly wouldn’t be sorry to see Mark Zuckerberg expropriated.” 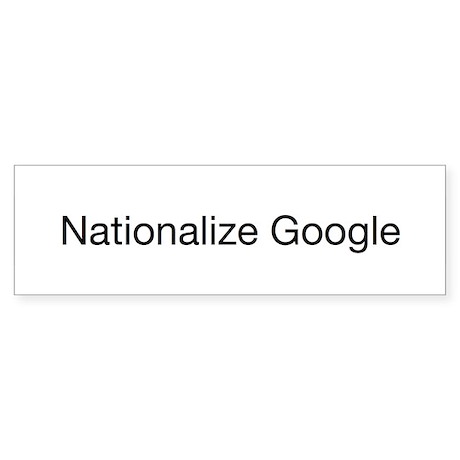